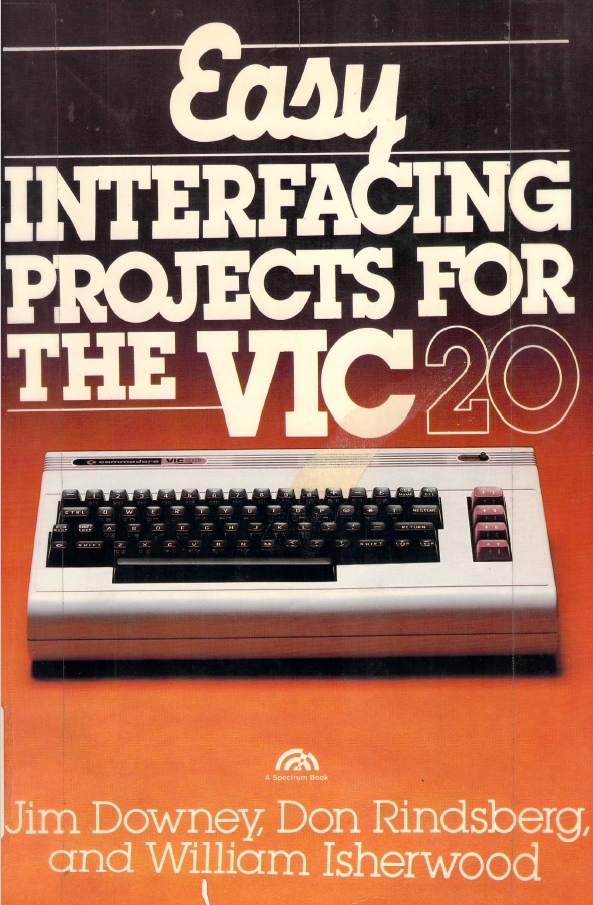 The Commodore VIC 20 computer represents a unique entry into the
personal-computer market. It combines two special features: very sophisticated
internal input-output hardware and extremely low cost. The
internal hardware makes the VIC 20 very easy to connect to a wide
variety of devices because usually only a minimum of additional components
are needed to effect the interface. Another feature of the VIC 20 is
its extremely low cost. At the time of this writing, the VIC 20 is available
for well under $100, which makes it ideally suited to dedicated applications.
This book attempts to show the reader how to design an interface
for a particular application. It then takes the reader step by step through
the software development required to operate that interface. Whenever
possible, we implement the software from BASIC using PEEK and
POKE commands. Often, however, it is necessary to perform a given
task with a machine language routine. The text shows how to implement
a machine language program in the VIC 20 and how to combine machine
language routines with a BASIC program.
An important consideration for any dedicated application, such as a
security system or a process controller in an industrial plant, is that you
must provide a convenient and inexpensive way of loading the program
each time the system is to be used. The cassette drive is inexpensive, but

its slow rate of data transfer makes it unacceptable for any serious
installation. The solution is to put your software in a read-only memory
so that the VIC 20 automatically executes the program whenever it is
turned on. This is easily done by using the built-in auto-start feature that
the game cartridges usc. (When a game cartridge is in the VIC 20. the
computer starts the game automatically whenever the power is turned
on.) We show you how to put your BASIC software in an auto-start
read-only memory so that it will be instantly available at the flick of a
switch. With auto-start software. neither a cassette nor even a TV
monitor will be required in most applications.
Our impression of the VIC 20 is that it is extremely sophisticated.
Although it is clearly not the data processor that its big brother the
Commodore 64 is. it is actually an easier machine to interface. Several
hardware features were either dropped in the 64’s design or were made so
sophisticated that programming became cumbersome. Thus. even if the
price of the 64 a pproaches that of the V I C 20 in thef uture. the latter will
still be the machine of choice for many applications.
Finally. we have not tried to make this book an exhaustive work on
interface hardware design. Rather. it is written as an introduction for the
inexperienced reader. We start with elementary concepts and build from
there. Therefore. we strongly recommend this text as a teaching guide for
those who want to take their first plunge into the computer hardware
world. As your skills increase. you may want to attempt more ambitious
projects, such as designing an interface on the memory expansion bus.
An in-depth presentation of the design rules for such a project can be
found in our previous publication PET Interlacing by Howard W. Sams
& Co .. Indianapolis. 1981. The organization of the PET and the VIC 20
are very similar. and most of the information in that volume is applicable
to the VIC 20 as well.

A Beginner’s Guide to Real Programming Discover Your VIC-20