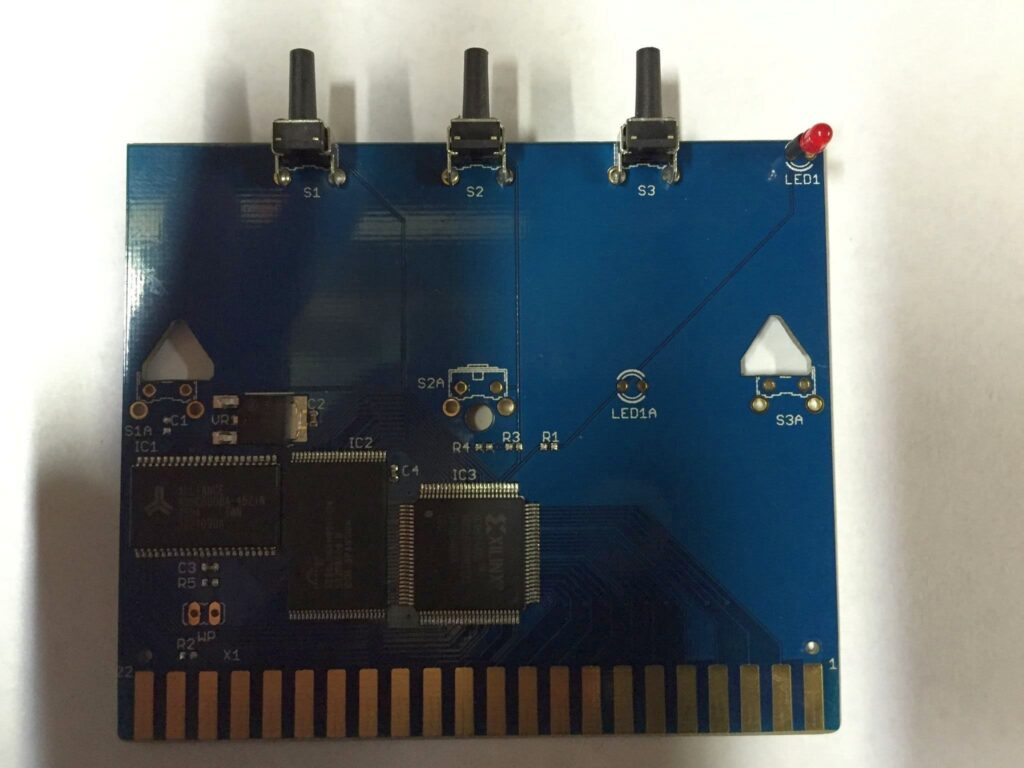 Dal sito web: store.go4retro.com – We know you take pride in the magic you make in the VIC-20’s 3.5kB of RAM.  In public, you scoff at those pesky Commodore 64s with their RAM Expansion Units and the gratuitous way they waste all those kilobytes of RAM.  Still, we feel deep down you have a bit of RAM envy.  Don’t worry, we won’t tell.  We also suspect you’ve considered plunking down some hard earned discrtionary cash for one of those “Super” or “Mega” cartridges for the VIC, but you’ve continued to hesitate because the list of games does include your favorite, or they don’t organize them in the way you’d prefer. If so, we’d ask that you consider the RETRO Innovations UltiMem Expansion Cartridge.  It serves up memory, and it serves it up your way:

We doubt we can make you love your Commodore VIC-20 more, but we will give you some new ways to enjoy it.  Grab an UltiMem today!  And, if someone accuses you of “RAM envy”, just note that you bought this unit for the FLASH ROM capabilities.  Your secret will be safe.

Note: Unit is sold without an enclosure.  We’re working on a source for enclosures, but until then, snag a shell from an old RADAR RAT RACE or SPEED MATH.