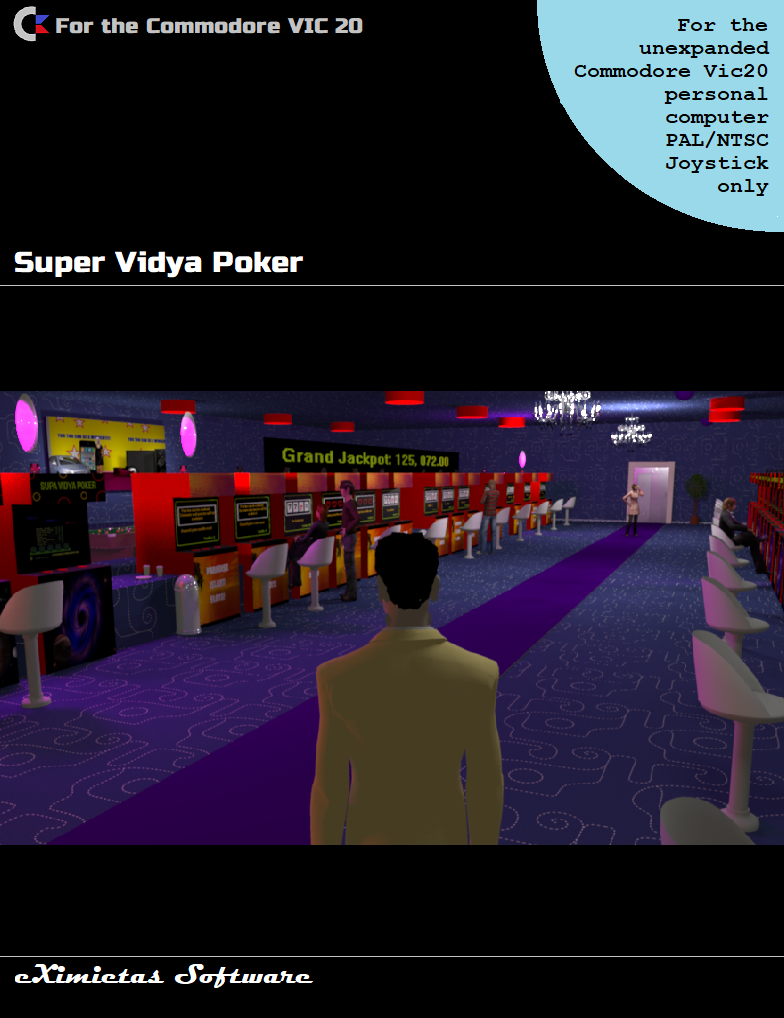 Hi there tokra and chysn,

Thank you for having a look at the software and giving feedback.

Tokra you wrote: “The video-poker game looks nice as well, though I hoped the colors for hearts and diamonds would be red and clubs and spades would be black.”

Yeah I had it multi colored originally but I had to drop many effects and routines to get the software to fit comfortably.

chysn you wrote: “Video Poker feels like poker by someone who’s never played poker; but I can imagine the memory being a particularly acute limitation in that the evaluation routine might not leave a lot of space for an expressive interface. At least replace “1” with “A”. Oh! I think I get it now, it’s like a casino poker machine. I missed that bit.”

Thanks for spot regarding the ace. The A existed in the character set, I just forgot to use it. DOH!
So attached to this post is the corrected version. And yes its a casino machine. You know the ones that everyone always walk past

chysn you wrote: “I really like the old-school Apple ][-ish look of Sioux City Showdown. The art is spot-on here.”
And tokra you wrote: “Nice! I liked “Sioux City Showdown” the best of the three, haven’t seen a similar game on the VIC yet. This game would probably profit from a RAM-expansion if the game area could be more colorful.”

I plan to do an expanded version of the game with multi levels, a bonus stage, a title screen for the expanded VIC. At the moment I’m just finishing up games for the unexpanded though. Unless there’s no way a particular game will fit into 3.5k then I’ll use expanded memory.

chysn you also wrote: “Welcome to the forum! Happy to see someone else who enjoys the unexpanded VIC!”

That is absolutely correct. I actually love the memory limitation which means there’s always this thing where you have to keep an eye on usage. And it also limits the scope of a project and therefore forces completion.

Anyway thank you so much. More games to follow (As I get time and opportunity)

Easy Interfacing projects for the VIC 20